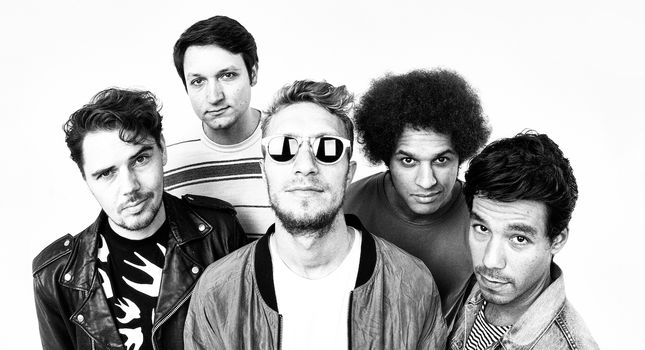 Since their formation in 2008, Dutch band Chef’Special has released three albums and toured extensively across Europe and the US. The band’s unique blend of hip-hop, rock and reggae is an exciting sound for longtime fans and new listeners alike. In 2017 the band released their third and now platinum rewarded album ‘Amigo’ and has been spotted in their studio recently.
A huge part of Chef’Special’s success are their already legendary live performances in which the audience is as vital to the experience as the band themselves. Appearances in world-famous venues like Madison Square Garden and the Red Rocks amphitheater (as a support act for Twenty One Pilots), as well as a tour through (inter-) national festivals (including Lowlands and Sziget) have left the band craving further world domination.
Although Chef’Special’s musical palette encompasses various genres, the band has a very recognizable sound in which their own emotions and experiences are front and center. That’s especially true when it comes to the Chef’Special breakout single “In Your Arms” about singer Joshua’s father passing away. Their latest single ‘Into the Future’ hit the German Top-100 single charts in 2019.