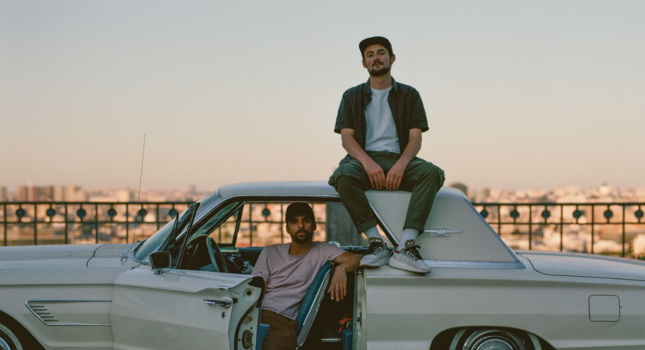 Jahneration is the encounter of two music-driven young men, decided to make their dreams come true. Since their very first songs, we can easily guess they’ve been inspired by the Reggae music from the shallows of Kingston mixed with some Hip-hop and Californian punk-rock. From their first buzz with ”Me Nah Fed Up” with the french singer Naâman to the collaboration with Manu Chao, this french duo developed itself more and more every year without any contradiction. They are the mirror of their generation: free, genuine, honest.
They assume who they are and showcase their talent on stage with more than 300 gigs in 5 years, from little venues to big festivals. They will also be playing at the Olympia on march 5th 2022. Their universe is large and airy, they cultivate emotions with their two feet deep rooted in the ground but ready to jump when push comes to shove. And their audience understood that : they’re faithful and always growing bigger in the venues of France and abroad.
A first eponymous album, a mixtape full of collaborations (Dub inc, Demi Portion…), a second album ”stuck in the middle” produced and realized in the biggest Parisian studios and yet here we are with their third piece of work called ”Higher”. And to go ”Higher”, they went back to basics and customized their control stations. This album is a home-made record perfectly handled: some digital explorations, a hint of organic sounds to top it all off and their even more powerful flows are the recipe of this new project. Some poetic reflections, ego-trip verses and and pinch of humor… All in all some pure Jahneration !